"The music is the shining path over which the poet travels to bring his song to the world." 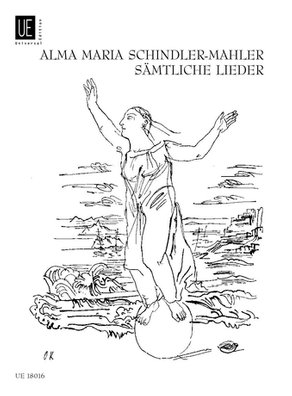 Tomorrow, I will be launching the funding campaign for my novel ‘The Conductor’s Wife’ with crowdfunding publisher Unbound.

The novel is a document of an existential crisis I experienced a while ago and have re-visited recently. Unhappily married and at odds with my singing career, after a hairsbreadth separated me from a treasured goal and a qualified measure of success in the singing world, I stopped singing. I just wanted to see what I would feel like if I didn’t heed the soul’s instruction to communicate with the singing voice and find something else to do instead. I made the decision to look for other work and thought about artists’ management. I also heeded the maxim that everyone had a book inside them. I had many ideas for stories and for some reason kept thinking about Mahler, a composer whose sounds have had such a huge influence on me since singing Mahler 8 with the London Philharmonic under Klaus Tennstedt many years ago. You could say I grew up with Mahler, his music  moulded the evolved adult soul I became. I read about Mahler’s trips to Paris, the French premiere of his second symphony and his sittings for Rodin. I also thought a great deal about his dynamic femme fatale wife, Alma, and a story was born.

Experiencing a deep existential crisis myself instructed the narrative and I came up with a parallel contemporary story that was based upon my current experience. So I created a character, not a soprano, that I could hide in, a concert pianist called Ginevra; she even has the same South London roots as me, with my Irish side replaced by her Italian. Ginevra experiences a more dramatic and not self-imposed interruption in her career and has to face every bit of her identity she has not understood fully. One of those facets is synaesthesia, a condition I share with her of course, where the senses of hearing and sight become mixed up with colour and three dimensional images. Even thought itself triggers a complex tapestry of image and form. I had never thought that ‘seeing’ numbers and words in coloured form was unusual, that my weeks and months have regular patterns as I think them. I do not like the number six, the number 4 is Prussian blue and Mozart is sky blue… It is a particularly musical ‘affliction’ and also a literary one and we share it with Liszt, Messiaen, Kandinsky and Nabokov. It is thought that 2% of the population have it. It is probably more…

'The Conductor’s Wife' is a story that a lot of musicians will relate to. Sometimes we don’t stop to think about our gift, why we have it, why we love it, why we don’t want it even, until a crisis. Only then we are forced to look music in the eye and ask why it was put in us and what it really means. As I say in my book – 'sometimes you find your wings on the edge of the precipice'. I chose to share this background story initially from my website rather than another medium because one of the things I learned on my personal journey was that my gift was to communicate through song, which is why I have a deep love of all art song, particularly lieder. Singing is my primary source and I must validate that, but its other components are poetry and the interlacing of words. My writing is informed by a sense of music in words and I love to paint pictures with words on the page as much as I do when I sing them. It  seems most fitting that these songs just arrived today. To understand the significance of these songs, you will have to support and then to read ‘The Conductor’s Wife’!