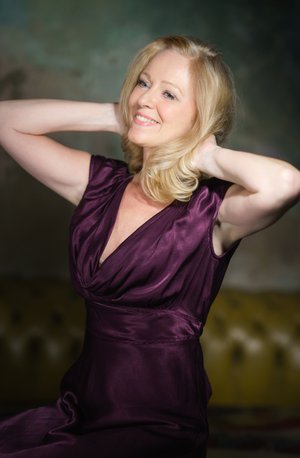 Barbara Maria Rathbone was born in London to an Irish mother and an English father. Her love of singing and performance began when she debuted, aged two and a half,  in 'Berry's', the local newsagent singing 'Twinkle, twinkle, little star’. Barbara went on to study at Trinity College of Music, London where she studied with Morag Noble and John Wakefield, and since privately with Margaret Lobo, Dinah Harris, and Colin Baldy. She has taken part in a variety of masterclasses and opera programmes and worked with the likes of David Harper, Mark Shanahan, Robert Lloyd, David Lowe and Victor Morris. Her opera debut was as Barbarina in Le Nozze di Figaro.

This season Barbara has performed with Fulham Opera in Verdi’s Don Carlo, Tchaikovsky’s Iolanta with Rose Opera, as an apprentice in Wagner’s Die Meistersinger von Nürnberg, also with Fulham Opera. Forthcoming plans include a solo recital at the 1901 Arts Club, and Frau Herz in Mozart’s singspiel Der Schauspieldirektor. Barbara has also sung all or in part the roles of Susanna/Le Nozze di Figaro, Despina/Cosi fan Tutte, Zerbinetta/Ariadne auf Naxos, First Niece/Peter Grimes as well as roles in a number of Baroque operas in London as part of opera courses and concert opera series.

Barbara’s professional career has included being a recitalist on cruise ships and in venues across London and Europe. She has performed at a wide variety of venues, such as the Barbican Centre, National Portrait Gallery, Royal Festival Hall,  St James’s Church, Piccadilly, Royal Albert Hall in the BBC Proms, Arena di Verona, Chiswick House, the English Church in Rome, and at the Brighton and Bergen (Norway) Festivals. Barbara took a long sabbatical from singing to pursue a career as an artist’s manager and established her own company, Musica Universalis, successfully representing artists nationally and internationally and co-curating concerts at Wigmore Hall and the BBC Proms. Missing performance and singing, she returned to her former career in 2016, re-training as a versatile high lyric soprano and studying vocal pedagogy in-depth.  She set up a successful private teaching practice in 2017 and trained as a learning facilitator at the Royal Opera House for its outreach programme. Barbara is also trained as a choral director and is in demand as a choral singer.